ICC T20 World Cup became the latest multi-nation tournament to get called off due to the ongoing COVID-19 pandemic. Global cricket governing body, on Monday, announced to shift the mega event to next year in October-November.

Since the announcement, people in numbers took to social media to troll Board of Cricket Control in India (BCCI) and ICC as the postponement of the T20 World Cup opened up a possible window for the Indian Premier League (IPL).

And we also know it better
icc= indian cricket council

After ICC postpone T20 World Cup to next year… every cricket fan to BCCI and Sourav Ganguly #T20WC #T20Worldcup pic.twitter.com/kuH4SL2PvF

It must be noted here that IPL was postponed earlier in March this year due to the COVID-19 pandemic. Reportedly, BCCI was influencing ICC to postpone this year’s T20 World Cup to open window for IPL as Australia had already refused to host the mega event. 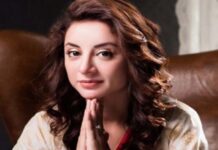