Veteran Abida Parveen needs no introduction due to her immense contribution to Pakistan’s music industry.

Famous for her folk and Sufi music, Abida has won the hearts of music lovers and followers across the globe.

In a recent interview with BBC Urdu, Abida shared the reason behind being so much into Sufi music. Hailed from Larkana, Abida said Sindh’s shrine atmosphere has played an important role in upbringing her as a Sufi musician.

“Icing on the cake was that my dad had a music school where he taught folk music. So, with Sindh’s environment and my father around me, Allah Sain instilled in me the colour and passion of Sufi music,” she shared.

Abida thinks that Sufi Music doesn’t involve individuals but it is a connection between humanity and God. “Sufism is concerned with humanity and connects everyone through a common chain of humanity. You are building a chain between yourself and God and God allows it to happen regardless of gender or your place in society,” the legendary singer said. 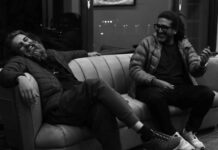