Zubab Rana’s latest drama ‘Bharas’ has finally begun – marking as the actress’s return on TV after her drama Mehboob Aapke Qadmon Main, came to an end where she scored her place as a stellar performer. Hence, when news of her new drama Bharas came, it had everyone looking forward to it.

Bharas finally started off with a bang – and one person that stole every frame in the first episode was Zubab. Starring as ‘Kiran’ – a girl who is in love with ‘Hassan’ played by Omer Shehzad, who is her mamoo’s son. She and her mother live with her mamoo’s family, and from the looks of it, this time, we will be watching Zubab in a very different role from what she has done so far.

Read: “I wish to work with Humayun Saeed,” Zubab Rana

Zubab Rana has a sudden unmatched charm to her that stands out among an ensemble cast. She is not only gorgeous by looks, but is a performer who makes her mark on the audience in every role she appears in. Having watched her play so many diverse roles in such a short period of time, we can’t wait to see how Kiran’s story would further unfold in Bharas. 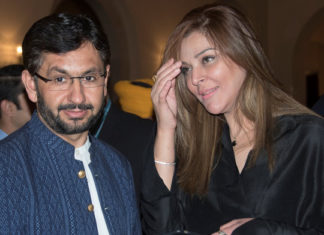