The only Pakistani to win Academy Award twice, Sharmeen Obaid-Chinoy (SOC), in collaboration with Here Be Dragons and WITHIN, has premiered Pakistan’s first Virtual Reality (VR) film series title Look But With Love, at the Karachi Biennale 2017 on October 22nd, 2017.

The SOC films have collaborated with a company in United States name WITHIN to produced five part documentary series called Look But With Love (Dekh Magar Pyar Say). The initiative is also a part of Dil Sey campaign in Pakistan.

Come down to our booth at the #karachibiennale2017 at Frere Hall, and experience #lookbutwithlove Pakistan's first ever virtual reality documentary series. Everyday from 10am – 6pm till the 5th November! @kb17karachi #kb17 #karachibiennale #sharmeenobaidchinoy #karachi

“From Thar to Nowshera to right down to Karachi, Jamshoro and Lahore, we have picked all of these amazing stories,” shared SOC. “You can be at Frere Hall where these films are playing until November 5th from 11am to 6pm and you can be transported literally into Thar, into desert or into a dance commune in Lahore,” she added.

These films can also be downloaded on android or IOS through an app called WITHIN. “Buy these cardboard boxes that cost a few hundred rupees and experience them all with your family right on your phone,” suggested the director of the series.

When asked which one was her favourite amongst five of them, she told, “I think my favourite film amongst the VR films that I have made is the film about the women in Nowshera, that are part of elite anti terrorism squad. You see how incredible they are and what their capabilities are.”

Look But With Love is a virtual reality documentary series about the extraordinary people of Pakistan who are changing the socio-political landscape of their communities through causes they are deeply passionate about. These VR documentaries aim to promote the rich cultural history of Pakistan, champion the empowerment of women and children and evoke a sense of social responsibility and consciousness. 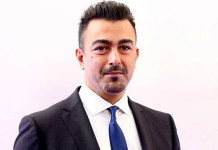