Karachi as being the city of lights is honored with variety of visiting places mainly the food restaurants. Be it Italian, Turkish, Thai, Moroccan, Australian, American, Lebanese, Chinese, or Arabian, the city has everything. Especially, the Chinese food is being considered as the most loveable choice. The rich cuisine, scrumptious taste craves the foodies.

And when we talk about Chinese food, the first name which strikes us is Ginsoy. It has been one of the most loved restaurants as long as we can recall! The principal eatery in Karachi to ever offer an entire Chinese ordeal was Ginsoy.

GOOD NEWS – the extreme fun has just begun when the new outlet of Ginsoy opened in Gulshan e Iqbal near Maskan Chowrangi. It’s probably the best thing that has happened for the Chinese food lovers of nearby areas. From the atmosphere to the cutlery, from the seats to the sustenance, everything is really genuine and satisfying.

As far as the menu is concerned, it’s generally organized, broken into Starters, Soup, Main Dishes (Seafood under one heading, Meat and Vegetables under another), and Sides. The Chow Mein, Beef chili dry, and the sweet and tart cherry chicken are WORTH TRYING with your family and friends and family! Every one of them is supreme for dinner dates and snacks since the sustenance is really reasonable and PACKED with flavors!

Ginsoy beyond any doubt has never figured out to let down the expectations. It’s always fun visiting with companions, dependably in the financial backing, serving some flavorful Chinese with a desi touch. Admin - May 21, 2019
0
Wahab Riaz, who recently got included in Pakistan World Cup squad, is all geared up to give his best on the field. And more... 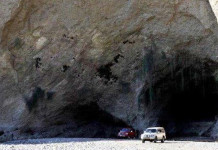