The nation is all set to celebrate 77th Pakistan Day befittingly and these activities are lined up for the big day by the government of Pakistan;

Pakistan day will dawn with 31 gun salute in the Federal Capital, and 21 gun salute in the provincial capitals. A spectacular joint armed services parade will be held near Shakarparian in Islamabad which will also feature the participation of Peoples Liberation Army China’s Tri Services, Saudi Special Force’s contingents and Turkish Jannisary Military band.

Mechanized columns of various prestigious services of the country will exhibit inventory of highly sophisticated and modern weaponry and arsenal. Civil organizations will also show their material presence at the Parade by exhibiting floats depicting developments achieved by the country, besides the regional culture and heritage.

Yesterday, all the forces including Army, Airforce, Navy, SSG Commandos, Police, Rangers, and Frontier Corps performed rehearsals in Islamabad which featured fighter jets including F-16, JF-17 Thunder and Sherdils. Free fall jumps were also performed by commandos and weapons of warfare including missiles were showcased.

Pakistan Day celebrations will held throughout the country as 2017 marks the 70th year of the independence of the country. Pakistan Television and Radio Pakistan will air special transmissions to narrate the sequence of events which led to creation of Pakistan.

Information Ministry will also run a special campaign this year to highlight the contributions of great personalities of Pakistan Movement. Mashal Asad - November 26, 2018
0
Often remembered as the notorious Mir Hadi from Khaani, Feroze Khan has quickly set firm roots in the entertainment industry. He is no longer... 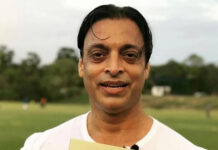