Mehwish Hayat didn’t feel any need to work in Bollywood as Pakistan’s Tv and Film industry has given her immense respect, the actress herself expressed during an interview.

Speaking to a Web Tv, Hayat said that ‘Self-respect’ is above fame and money so she prefers working for her country instead of going somewhere else.

“I think my country has given me so much respect and I got a lot of quality work here which brought fame to my name. To be honest, I didn’t feel any need to go and work in the Bollywood industry. For me, self-respect is very important and is above money and fame,” she said.

The actress further added that Bollywood had become a life-threatening experience for Pakistani artists due to poor relations between the two countries.

“The way things work in Bollywood, our actors go and work there but they don’t get the same respect, they can’t attend the premieres or be part of the promotions of the film. Even traveling between the two countries becomes life-threatening for them. So where there isn’t self-respect, the money or fame isn’t worth it,” she maintained.

It is pertinent to mention here that Mehwish has remained a part of Pakistan’s revamped film industry. She appeared in some of the recent hits such as ‘Punjab Nahi Jaongi’, ‘Actor in Law’, and ‘Load Wedding’. Web Desk - January 28, 2022
0
Tired of maintaining a manual log for your sugar levels and carrying around a notepad whenever you note it down? The answer to this... 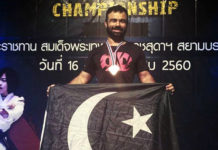