Scores of people have started trolling Allama Iqbal’s newly installed sculpture at Lahore’s Gulshan-e-Iqbal Park since a picture of it went viral on social media.

Taking to the social site, People criticized authorities for allowing the installation of Iqbal’s sculpture which they claimed wasn’t look-alike of one of the founding members of Pakistan and a great poet.

Here’s how Twitter reacted to Iqbal’s sculpture which was reportedly made by Gulshan-e-Iqbal Park’s gardeners:

Found the Artist who made the statue of #Allamaiqbal 😂😂 pic.twitter.com/TwlOHaub30

Looks like the sculptor misread his creative brief, and so confused #AllamaIqbal with #QamarBajwa to create a ‘hybrid’ bust 😝 pic.twitter.com/CgJHeWPHnh

This sculpture is true depiction of what we did with Iqbal’s dream of Pakistan!#Allamaiqbal #AllamaIqbal pic.twitter.com/LL3Acyf1JR

When you promise only exposure instead of paying the artist.
The ART Work: #Allamaiqbal #Bachelor pic.twitter.com/cA9wbacr9S

Meanwhile, Chairman – Parks and Horticulture of Lahore, Yasir Gillani clarified that the sculpture was made by Gardners as a token of love, hence they can’t take action against them but they have directed to fix it as soon as possible.

“Dear, this is prepared by maalis at their own, they made it in sheer love for Iqbal and to pay homage from their heart. Authority didn’t approve or even paid a single penny for it. We will address it but can anyone see from maalis eyes, their love,” he wrote on Twitter.

Dear, this is prepared by maalis at their own , they made it in shere love for Iqbal and to pay homage from their heart. Authority didn’t approved or even paid a single penny for it.
WE WILL ADDRESS IT but can anyone see from maalis eye’s, their love and their عقیدت, pic.twitter.com/qAdf0Nw4E9

Read: Here’re some influential quotes by Allama Iqbal to remember him on his birthday 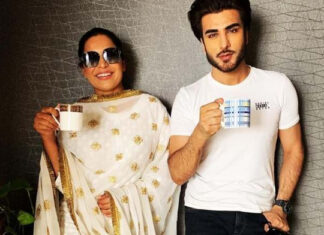 Web Desk - April 8, 2021
0
Imran Abbas came in defense of his fellow actor Meera who was reportedly admitted into a mental hospital in America the other day. Taking to...

Nation is proud of Haider for winning first-ever Paralympics gold 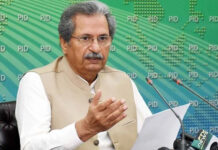