Renowned Indian singer Mika Singh has always had a huge following, particularly on this side of the border as well. Due to political tensions between India and Pakistan, many artists have been restricted to not performing in the said neighbouring country for more than a couple of years now. However, despite growing tensions, Singh will once again be seen lending his voice for a local project.

In 2019, Singh made a bold move by performing at a wedding in Karachi, just when the political unrest was on the rise. His power move received mixed reactions, where many shared how it was unacceptable for Pakistanis to be hosting Indian artists at the time, while others criticized the family that invited him to perform. On the other side of the border, Singh’s fans resorted to calling him a traitor, and many Indians demanded to know where the singer’s loyalties lied. On a positive note, many pointed out how cultural exchanges and art is above all hate and war, and that other artists should follow suit.

As a result, Singh got banned by the Federation of Western India Cine Employees, who also issued a warning for other artists who would work with the singer. Post-ban, Singh issued an apology and the ban was retracted.

This year, reportedly, Singh has provided his vocals for a song in Urwa Hocane’s upcoming film production, Tich Button. The promotions of the film haven’t started yet, but it is reportedly expected to release on November 11, 2022. While this crossover is definitely a positive addition to the film, this could generate another heated controversy for the Indian singer, and subsequently, another ban.

The song is yet to be released, but knowing all the renowned personalities involved, it is bound to garner attention. Only time will tell how the singer’s involvement is received by the local audience and his Indian fans alike.

Tich Button is a romantic comedy film, directed by Qasim Ali Mureed and produced by Salman Iqbal, along with Hocane in her debut production. The film stars Iman Ali, Farhan Saeed, Sonya Hussyn and Feroze Khan. It was scheduled to be released in 2020, but was postponed due to the pandemic. 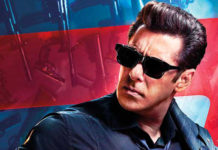 ‘My father turned down US citizenship to respect Pakistani passport’ Jawad...