Peshawar Zalmi managed to whip Karachi Kings in Thursday’s match, and opener Imam-ul-Haq majorly contributed to the 44-run win. Along with the efforts of skipper Darren Sammy and fast bowler Hasan Ali, the team made a decent total of 153 runs, while the Kings were restrained to 109.

In a press conference held after the match that earned him the Man of the Match title, Haq revealed how playing in Sharjah grounds was not as tricky as it seems. “We have played enough cricket in Sharjah, so it was not that difficult,” he said. “I’m trying my level best to carry my good form so that it helps me and my team,” he added.

It was also observed how he was playing proper cricket, and Haq emphasized on his belief in cricketing shots. “As an opener I believe in cricketing shots, as the wicket was not that good and the ball was keeping low. I know if you run hard and push through, then these shots always give you support and good runs,” he said, while being appreciative of Liam Dawson’s support.

While lauding his teammates for their performance, the player deemed Hasan Ali and Umaid Asif’s bowling as brilliant, despite facing difficulties of their own. He also shared his thoughts on the fielding. “We also have to give credit to the fielding, as Babar Azam’s run-out was crucial and we did it wonderfully,” he said, while calling it the turning point of the match.


He also expressed his gratitude to play for Zalmi fans in the crowd. “Dubai has a massive fan following of Zalmi, especially from Sharjah, as we have been witnessing it since the last three editions,” he said. “It feels great to get a homely feeling from the crowd, you instantly get this boost to make an effort and perform better,” he added.

Typically, the pressure stakes would be high as well, but Haq believes it is their job as cricketers to counterbalance it. “If we don’t know how to handle pressure, then there’s no use of playing cricket,” he said.

Moreover, the selection for T20 cricket always remains a crucial topic, and the player focus is on performing better. “It gives a feeling of satisfaction seeing your performance, regardless of whether you make it to T20 or not. You learn from other players and the support of franchise owners boosts your confidence, and I think it will help me tremendously in international cricket,” he said.

“As far as the selection in T20 is concerned, it’s our job to perform well, and coming and going is all a part of the cricket journey,” he added. “I really don’t think critics matter to me. I really want to perform for my country and Peshawar Zalmi, and I want keep on doing it in the next matches as well,” he said. 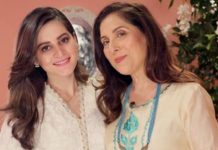