It won’t be long before we get to see Humayun Saeed play an integral role in the upcoming season of Netflix’s The Crown, but praises for the actor have already started pouring in. Case in point: Elizabeth Debicki, the actress who is all set to play the role of Diana in the fifth season, couldn’t stop gushing over the actor and his work ethic.

Speaking to Entertainment Weekly, the actress shared how great of an actor she thought Humayun was and how lucky she felt to have been paired up with him in the show. “I absolutely adored Humayun — he was such a lovely actor, and such a beautiful person,” she said.

“You never know how that’s going to feel when you’re playing things like that with an actor. So I was very lucky to have him and I think he does such a beautiful job,” she added.

The Meray Paas Tum Ho actor will join the ensemble cast as Dr Hasnat Khan, a British-Pakistani heart surgeon with whom Diana had a secret two-year-long relationship. With only a few official posters out, it is assumed that Humayun’s role will have a considerable amount of screen time, given the nature of his relationship with one of the leading characters.

The first official trailer of the season will air on October 20, 2022 with a global audience expected to tune in, especially after the passing of the real Queen Elizabeth II, and the fact that the season aims to explore the strained relationship of Princess Diana with the monarch and the royal family. 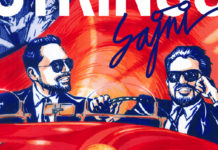