Iqra Aziz thinks that there is a need to educate females on sensitive issues like physical abuse to make them capable of raising voice against wrongdoings.

Speaking on ‘Say It All With Iffat Omar’, Iqra said people in Pakistan don’t know the difference between right and wrong, that is why a lot of women face abuse on a daily basis.

“First and foremost thing is to educate women about such sensitive issues. We need to make them strong enough to identify the abuse. And then we need to change the law so they can take a stand,” said Iqra.

Read: Iqra Aziz opens up about dealing with the loss of her father

Talking about increasing rape cases in Pakistan, Iqra thinks that this issue cannot be solved until authorities set an example by hanging one of the rapists publicly.

“People may disagree with me but I believe that a person who is capable of rape can never live among other people without being a threat. we need to publicly execute rapists to set an example for others,” she concluded. Arsalan Ali - February 16, 2019
0
Undoubtedly, PSL always manages to be full of surprises, and a recent unfortunate incident turned out to be somewhat startling for the authorities and... 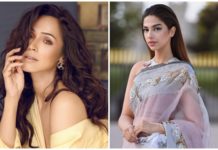