Prime Minister of Pakistan, Imran Khan has been ranked 17th in World’s Most Admired People of 2021.

YouGov conducted an international survey for the most influential men and women in the world. The country’s premier secured 17th rank in the list.

Meanwhile, youngest prize laureate, Pakistan’s Malala Yousafzai has also been named in the most admired women of 2021.

Former American President, Barak Obama and his wife Michelle Obama retained as the world’s most admired man and woman of the year. 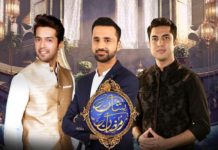