Earlier this week, the news of actress Saboor Aly’s hospitalization spread, which was followed by petty rumours. Trying to get to the root of the cause, social media users pitched in with their two cents and concluded that the actress was hospitalized due to a suicide attempt.

This rumour gained momentum too soon, until recently, Aly took to her Instagram to address everybody’s concerns. The actress revealed that her hospitalization was due to a case of food poisoning, and that she feels better now.

“I would like to clarify a rumour spreading around social media about me attempting suicide. Alhamdulillah, there is no truth to any of this, I had simply been admitted to the hospital due to a bad case of food poisoning and I am fine now,” she wrote.

She further expressed her gratitude for everyone’s concern and love. “I would like to thank everyone who has been calling or messaging me for their love, concern and wishes – I am humbled by the love,” she added.

In the end, she also brought the attention towards mental health, and requested everyone to refrain from spreading rumours about such a grave issue.

“I would also like to request everyone to not spread news about anyone as mental health and death are not topics of jokes and no one needs to be put through this kind of trauma simply because you are misinformed. Just think about the other person before you post such news and status updates,” she wrote.

Aly’s post was met with love and well wishes from all her fans, and encouraged many to spread awareness about mental health in a thoughtful and considerate manner. 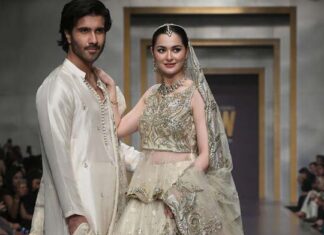 Web Desk - December 28, 2020
0
Feroze Khan said people spread rumors regarding him being in a relationship with Hania Amir for cheap publicity. Speaking to Something Haute, Khan said he...