The third season of Samina Peerzada’s talk show is running in full swing, and this week’s guest was none other than Aiman Khan. Seldom seen without her twin, the actress opened up about how her life changed after marriage, and all about her relationship with Muneeb Butt.

Starting off with the query that has been on every mind since their wedding took place, Khan revealed their thought process behind all the extravagance that came with it. “My friends are all actors, so when they participate, the event magnifies automatically. It wasn’t our intention [to have a grand wedding], it turned out that way eventually,” she said.

The wedding surely received criticism from all over, but the couple chose to ignore the ordeal. “We didn’t pay heed to it. People talk no matter what, and it’s okay. I took it personally at one point, I got upset reading the comments, but then I thought I should let it be,” she said.

That brings the attention to how her life is after she got married, and according to Khan, it is nothing but swell. “Wedding life is something really different. Your whole life flips at a 360-degree angle, post-marriage. However, nothing changed in our relationship, we’ve become better friends,” she said, stressing upon how the duo is friends first, and then a wife and husband.

“The only drawback to marriage is that I had to leave my house, my room, my comfort zone, and my family,” she said. “I cried a lot for a whole month before our honeymoon, and kept saying I wanted to go back. Muneeb used to take me back, and my mother used to console me. So, it was really difficult in the beginning. I’m used to it now, but I still miss my house,” she added.

Happy birthday to my everything ♥️

“A marriage is all about compromises, but in our case, we both do it. Muneeb is very caring, and I got to know him much better after our marriage,” she said, while going on to describe how their relationship started and adding an amusing revelation of the years since they’ve been together.

“We met on the set of a telefilm, I was really young then and he used to call me his sister,” she laughed, mentioning how Butt used to tell his mother that he considers her a sibling. The actress later affirmed the fact that her husband is her first love, and that she was the only one in their group of friends who he got along with.

On that note, Khan also added how there were no proper proposals, since they were both really good friends. “We didn’t propose to each other, we just liked each other and we were really good friends, and we used to go out every day, including secret hangouts. It was really hard keeping it a secret from Minal because she is someone who is always checking up on me,” she said.

“I didn’t tell her because when you’re not sure about something, my relationship in this case, you don’t want to disclose it to anyone,” she added.

Speaking of her the friendship she shares with her sister, the actress stressed on how it is somewhat unique. “My relationship with Minal very different from that of other sisters. I’m not saying that other sisters don’t love each other, I just feel that if we had a third sister then she would’ve gotten neglected. Because we are so much into each other, that we don’t need anyone else,” she said.

By the end, Khan mentioned taking a break from work at the moment, in order to focus on her life at home and dealing with change. She also revealed that her twin has somebody special in her life as well, but her wedding won’t take place anytime soon. Admin - September 23, 2017
0
The Sufi soul Asrar Shah is back again with a new music video for his song Murshad. It has been directed by Adnan Tariq... 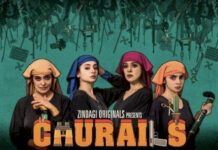