The World Cup frenzy has spread all over the nation with captain Sarfaraz Ahmed winning hearts all over. The opening party of the much-awaited tournament was held yesterday in England, with all the captains of the participating teams in attendance to meet Britain’s Queen Elizabeth II and the Duke of Sussex, Prince Harry. As all the other captains donned formal suits, Ahmed stood out from the rest by wearing a traditional shalwar kameez, accentuating his look with a green team blazer. Seeing him representing his country with pride at the Buckingham Palace has fans going crazy over his attire, with massive respect for this move. Local Twitter is ablaze with praises for the captain. Even Hamza Ali Abbasi couldn’t resist tweeting in his favour!

Thank you for making the whole nation proud. Nobody could have thought tht one day someone wud represent Pakistani culture at Buckingham Palace. This shows how proud he is of being a Pakistani and we all shud be proud of him.#SarfarazAhmed https://t.co/97Nq1xuuA7

Only cricketer with his National dress, we all Pakistan nation salute you #SarfarazAhmed pic.twitter.com/IQotGrhLq8

Amidst it all, there were a few who criticized the captain for choosing traditional attire, but his fans were quick to stand up in support.

The captain #SarfarazAhmed A proud Pakistani – if the Queen doesn't mind him wearing shalwar kameez who are we to say anything. pic.twitter.com/w7GTlLJtCO

To those Who are criticizing #SarfarazAhmed for not wearing suit and tie should fuck themselves.. being Pakistani am so proud of him representing our Culture, our National attire on such big occasion.

It clearly looks like Ahmed has found a way into everyone’s hearts way before his performance. And we hope the love stays consistent throughout the tournament! Web Desk - June 20, 2020
0
Nida Yasir and Yasir Nawaz, who had recovered from COVID-19 recently, have donated their blood plasma at the Dow University of Health Sciences on... 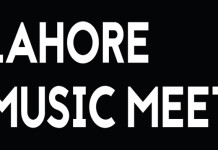 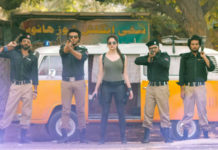