Last month, filmmaker Jamshed Jami shared an anonymous letter of a nineteen-year-old sexual assault survivor which garnered a lot of attention all over social media, considering how the perpetrator in question was said to be a renowned director of the industry. The letter was also read out loud at the Lahooti Melo 2019, after one of the organisers, Saif Samejo, disclosed that the survivor had shared the incident with him in 2016.

Although no names were taken, director Sohail Javed has shown a strong response against the letter, and is taking Jami to court for reading it out in public. The reason behind such a Javed’s response remains a matter of speculation, as the survivor did not name the perpetrator, nor did Jami.

According to Pakistan Today, Jami believes the truth shall be revealed with the case. “I have full faith in the justice system, and I believe the truth shall prevail,” he said.

Moreover, even the organisers of the Lahooti Melo fail to understand the basis of Jawed’s reaction. “We do not know why the specific person has done this against Jami and what makes that person think that it was for him,” they said.

On the other hand, people on social media believe Jawed has literally outed himself by being outraged over a letter where nobody was called out.

By taking Jami to court for defamation, Sohail Javed basically did what the rest of us couldn't: he named himself as the culprit of that anonymous Lahooti Melo letter.https://t.co/sXKga83s7v

Guilty conscience, khudi such samnay aye ga. Karma is a..

The proceedings of the court are yet to be finalized. Meanwhile, keep an eye on this space for more updates regarding the case. Web Desk - October 26, 2020
0
Veteran batsman Fawad Alam lost his control over a journalist who questioned his performance on England tour earlier this year. During a virtual presser after... 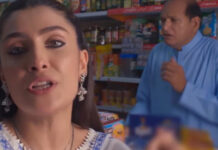