Mikaal Zulfiqar, who is currently busy with the screenings and promotion of his film Sher-Dil, shared his views about Bollywood and how the industry has always exploited Pakistani artists. The actor has worked on the other side of the border in a film alongside Akshay Kumar, titled Baby (2015), and recently opened up about his experience.

According to Express News, the actor holds the Bollywood industry responsible for manipulating local artists, and for putting them in tough spots with no way out. While talking about what he underwent, Zulfiqar revealed how he was unaware of the fact that the film would be anti-Pakistan.

“The film-makers, at the time of signing, had said Baby was not anti-Pakistan. In fact, they said that the movie does not have any such content when I specifically asked them,” he said. “I was not a part of the first part of the film and had no idea about the script. However, I learned about the reality after its release,” he added.

Following the release of the film, the actor settled on not working in Bollywood anymore. “After that, I decided to work in Pakistani movies only. Furthermore, we are also not treated with due respect in India,” he said.

The actor also brought up one of Veena Malik’s photoshoots as an example, which turned into a controversy and made the actress face criticism. On an ending note, he also elucidated how he is proud of working in Pakistan, and of all the respect he gets from his fans. Admin - November 12, 2017
0
The youngsters of today are mostly misunderstood on their behavior. They see things with different view - which is unconventional – and try to...

MusiCafe: A new place for music lovers in Karachi 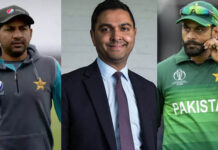 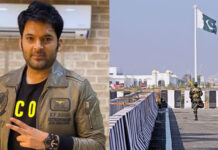