It’s high time that the newly appointed chairman of Pakistan Cricket Board (PCB), Mr. Ehsan Mani gives an explicit response about the future of team’s captain in the upcoming World Cup 2019. While visiting the National Stadium for the first time since he took charge of the board, he addressed the media and was pretty vague about certain things that should have been apparent by now.

There has been a lot of speculation in the press about the credibility of Sarfraz Ahmed’s captainship in the upcoming World Cup. When asked if Sarfraz will remain the captain, Mani replied with a murky “Insha Allah”, giving rise to further confusion.

Previously, Mohsin Khan was part of a media frenzy regarding his statements about Ahmed. Khan, who is also the head of PCB cricket committee, also did not apparently confirm the player’s eventual position.

With the World Cup 2019 being just a few months away, this comes off as a very irresponsible gimmick from the chairman. The uncertainty about the captainship is bound to affect the team’s overall performance, and also leave the supposed captain in a state of turmoil. In order to refrain from bringing about more controversies, the chairman should be conspicuous when it comes to serious matters like this one.

Furthermore, Mani believes he is working towards the progress of the PCB, saying, “PCB has changed for the better, and I have been leading the board towards accountability. More development shall be introduced as per requirement.” He also affirmed that the board is working towards making PSL into a separate establishment, still governed by the board.

While acknowledging several controversies that have been stirring up recently, regarding the former chairman and Sharjeel Khan, Ehsan Mani said, “Najam Sethi has been sent a legal notice for his allegations.” He further confirmed meeting with Sharjeel, but refused to comment on it more. “Sharjeel is encouraged to legally sort out matters,” he said.

The chairman was all praises for Mohsin Khan, appreciating his experience with playing international games. Speaking of international games, he expressed his views about Indo-Pak relations, saying, “I will not implore anyone to play with us.”

We have yet to find out how the general public and the people involved will take the chairman’s ambiguous attitude regarding the team’s future. Admin - May 8, 2018
0
Daraz Group, one of the leading e-commerce companies in Pakistan, Bangladesh, Sri Lanka, Myanmar and Nepal today announced that the company was fully acquired... 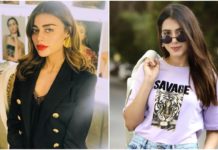