Celebrities gathered at Karachi’s Press Club to raise voice against rapists and pedophiles after back-to-back rape cases were reported in Karachi and Lahore respectively.

The protest called by Lahore Say Aagey actor Yasir Hussain was attended by renowned actors, directors, and producers who collectively demanded a permanent solution to this deep-routed brutality. The actress also asked directors and producers to review their content and realize what Pakistani films and dramas are showing to the people.

“When I say that we need to change narratives, I mean we need to see who are our heroes? Are they always going to be hitting their wives, abusing them? Will they always cheat on them? Who are these men? We can show whatever we want. We just have to be mindful of it,” Mahira maintained. Mansha Pasha believes that introducing sex education is the need of the hour but it is something to be decided by the authorities. “Neither I am a judge or jury to decide what to do to solve this problem but I believe culprits should get punishment for their actions. And, I also think sex education is needed to aware people around us but it is something to be done by the authorities,” he said.

‘There should be big punishment for sex offenders,’ Mansha Pasha at Karachi protest. #ManshaPasha #MotorwayIncident

Adnan Siddiqui asked authorities to take strict action against the culprits and hang them publicly to set examples for others. “Seriously, it is something really disturbing for me and it is unbearable now. See his name ‘Abid Ali’ – Culprit in Lahore Motorway Case – [Worshiper of God] and see his crime, he should be ashamed of himself,” Mere Pas Tum Ho actor said.

Sarwat Gilani emphasized introducing sex education in schools, the solution which she thinks can be helpful to get rid of this problem in the longer run.

“I am not in the favour of public hanging of rapists. I feel it’s high time we introduce sex education in the schools. We need to teach our children what does good touch, bad touch mean. We need to have conversations with our children. We need to raise boys better. There is so much we – as a society – need to learn,” she said.

Hajra Yamin also put weight on introducing sex education in schools, in fact at different platforms to educate people on this sensitive topic. “How can we get rid of this brutality without talking about this?” she asked. “We need to normalize the conversation around this topic to spread awareness among the masses,” said Hajra, concluding, “The culprits of such incidents should be held accountable.”

Hajra Yamin at Karachi protest today. Posted @withregram • @irfanistan We need to talk about this issue and now it's important to accountability Asap #HajraYamin at the protest happening now at press club Karachi #irfanistanupdates @hajra_yamin #irfanistanlifestyleblogger Arsalan Ali - March 15, 2018
0
The team management of Karachi Kings yesterday announced Eoin Morgan as the new skipper of the team in the absence of injured Imad Wasim.... 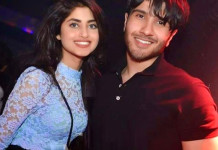 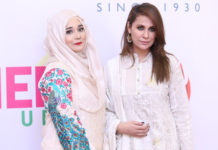