The 16th Lux Style Awards 2017 are currently the talk of the town. On this Sunday, Hassan Sheheryar Yasin aka HSY, who has replaced Frieha Altaf as the new show director, revealed to media that Atif Aslam will be hosting the show for the first time later this month. But, hardly a few know that the job was first offered to Actor in Law lead Fahad Mustafa, who, ‘unfortunately,’ won’t be present in country because of his shooting commitment for Na Maloom Afraad 2 in South Africa.

Fahad Mustafa has repeatedly proven his hosting skills, most recently, in the opening ceremony of Pakistan Super League season 2 in Dubai earlier this year. He would have been a perfect choice for the biggest awards night in the country. But, let’s hope he host the show next year, may be.

On other end, Atif Aslam, has never hosted anything in his career. We surely cannot question his singing abilities and how well he utilize his space on stage, but we are not sure about his hosting skills. The biggest singing sensation of the country has yet to prove him as host on stage. Let’s hope he does the best. Web Desk - August 9, 2021
0
Meera once again gained attention on social media after she appreciated Arshad Nadeem for his 'cricket performance' instead of Javelin Throw. While talking to local... 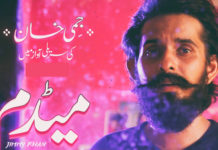 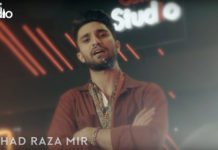