Along with these young faces, the film also stars senior actors including Asif Raza Mir, Asma Abbas and Nayyer Ejaz. Singer Ali Gul Pir, for the first time is giving a special appearance in the film.

As told, the script of the film is light hearted romantic comedy and mirrors the life of today’s youth and their believes on love. The sound tracks are original and refreshing, composed by the Coke Studio fame Shuja Haider and the exceptionally talented Asim Raza.

“After the success of Dukhtar, the dream of making films has become a passion,” tells the producer Muhammad Khalid Ali, who is also the CEO of The Crew Films. “Maan Jao Naa is the torch bearer followed by a number of refreshing scripts that Crew Motion Pictures is all set to produce this year” he adds.

A lot has been talked about Naaz, who is an Iranian beauty. She fluently speaks multiple languages including Farsi ,German, English, French and Urdu and a trained dancer. She has also been the face of several international brands.

“Maan Jao Naa is the first Project of our Company and we are simply aiming to bring true filmy feel for the viewers, along with high production values, strong focus is on story and content,” says Asma Nabeel, the Executive Producer of the film. “The cast is new, however as filmmakers it is now important to focus on creating stars for our film industry,” she adds.

Beenish Pervaiz ads the glamour quotient to the film whereas Wardha Saleem has styled the cast.

“I am really excited and feeling blessed to be a part of such a film. Though I want to say a lot about the film but I want the viewers to watch and speak themselves. When people speak good that’s surely the win of any project,” expresses Aabis Raza, the director of the film.

The film has mostly been shot in Karachi with few shots in Sukkur. Web Desk - April 29, 2022
0
Arjun Kapoor has joined his other Bollywood colleagues to share the screenshot of track playing on his Spotify. Taking to Instagram story, Kapoor shared the... 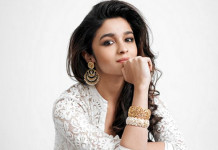