Mehwish Hayat speech in Oslo has been making waves recently as the actress urged Hollywood and Bollywood to stop disparaging and demonising Pakistanis in their films. Her choice of words garnered appreciation all around, and many held her in high regard in comparison with Priyanka Chopra who is under fire for her latest condescending remarks towards a Pakistani girl.

In a fresh interview with Gulf News, Hayat spoke about why she felt the need to gain worldwide attention on such a topic, at this time. “These are subjects that I have been speaking about for some time now and something I feel strongly about,” she said.

“I spoke about the misrepresentation of Muslims in Hollywood and how that is fuelling Islamophobia at the UN last year. I spoke about Bollywood at the Filmfare ME event in Dubai calling on India to release our films as a first step to creating a greater understanding between our countries. The Oslo event gave me the opportunity to bring these strands together and put them in the context of peace,” she added.

She also mentioned how it is up to the artists to talk about these issues, as they usually have a massive fanbase and can get their words far and across. “At the heart, what I said was a plea to the artistic fraternity to use the power that we have to enable a more peaceful future. We have a voice which is even greater than a lot of politicians. We can reach the hearts and minds of the masses in a way that they can’t,” she said.

“At this juncture, we have a choice how we use that power – we can either carry on feeding the hatred or we can draw a line in the sand and work towards guiding our nations towards a more peaceful co-existence. I am so pleased that the majority on both sides of the border seemed to get what it was I was saying. Yes, there were the dissenters who didn’t like what I’d said – but that was to be expected,” she added.

She also highlighted how art and politics have always coexisted and will continue to do so. “Art should reflect society as a whole and should always be challenging and thought-provoking. We have to question, we have to provide a mirror, we have to praise when we see something good and condemn when we see something wrong. Art without that social conscience is gutless and soulless. It is through entertainment that we can make the greatest change in our society,” she said.

“I am going to be the first to admit that like any other country, Pakistan is not without its faults. All I ask is that any portrayal be fair and representative – we are not all bad, we do have a lot of positives that are always being overlooked. What I am saying is that don’t be in a rush to demonise us all the time, we are complex nation please make an effort to reflect those complexities,” she added.

On an ending note, the actress thanked all her fans for the growing support and vowed to keep talking about this certain issue that she feels so strongly about. Admin - March 21, 2019
0
Athletes from Pakistan turned out to be a source of pride for the country through their performances in the Special Olympics World Games 2019,... 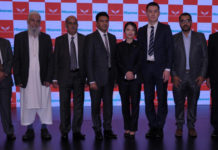 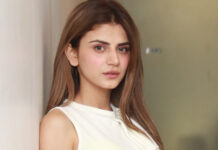