Zohaib Hassan, brother of one of the most loved Pakistani pop singers late Nazia Hassan, claimed that his sister recorded a statement before her death under oath in London, alleging her then-husband Ishtiaq Baig of ‘feeding her something harmful and bad treatment’.

While giving an interview to Samaa Tv on the 20th death anniversary of Nazia, Zohaib disclosed that his family has found a 10-pages long testimony of his sister.

“We had not seen the court document earlier. I found it now because I was going through papers after my father passed away 10 months ago,” he shared. “The testimony clearly states that her then-husband had her eat or drink something harmful and treated her very badly. Nazia also stated that she wanted a divorce from him. I am not levelling any allegations, I am telling you what is written in the testimony,” he disclosed.

It must be noted here that Nazir passed away on August 13, 2000, after battling lungs cancer for a long time.

On the other hand, late Nazia’s ex-husband Baig reacted on Zohaib’s allegations and decided to file a defamation case against him. “I loved Nazia very much and did not even remarry after her death. Zoheb’s singing career also ended after our marriage because of which he developed a sort of hatred,” he reacted.

“I am in touch with my lawyer and we will be filing an Rs.1billion defamation case against Zoheb,” he added.

Read: Zoheb Hassan to take legal action against PSL for illegal use of Disco Deewanay Web Desk - May 16, 2022
0
Anoushey Ashraf shared her two cents on recent incident in Turkey where some Pakistani men were reportedly caught while harassing a local woman. Following the... 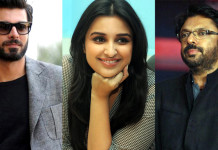