Sarah Khan said people should educate their sons on how to respect and protect women around them anywhere.

Talking to The Current, Sarah said she believes in gender equality as no one is superior to others but everyone should know about their responsibilities.

“I believe in gender equality as I don’t want people to make women superior. When Allah has already given women their own status, then why there is a need to demand equality. Why women demand more pay than men?” she asked.

“As far as respect is concerned, so I think it is better to educate your sons instead of telling your daughters to go to Aurat March,” she added.

The actress said men also deserve equal rights instead of just criticism for not treating women rightly. “I think men also deserve respect. All people are not the same, we should create a difference between good and bad instead of gender discrimination,” she concluded.

Read: Aagha Ali opens up about his breakup with Sarah Khan 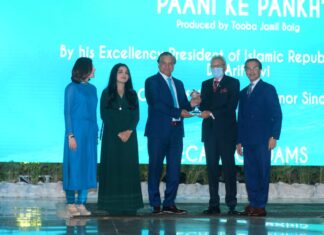 Web Desk - February 17, 2021
0
President Dr Arif Alvi on Saturday said that Pakistan was at tipping point, progressing and all indicators were positive. He stated this while addressing... 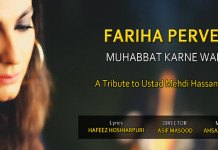