Saba Qamar and Azeem Khan broke up with each other, they both shared the news with their fans on Instagram.

Taking to the social site, Saba firstly wrote that she is not getting married to Azeem Khan at this moment due to some personal reasons. In reply, Azeem confirmed that he and Saba have broken up and held himself accountable for what happened between them.

Reacting to this news on social media, people shared several memes and also matched Saba with Hania who fooled netizens by posting an engagement picture on 1st April.

Hania amir and Saba Qamar are pranksters of 2021. 😂 #haniaamir#SabaQamar pic.twitter.com/PZN2DnNtbf

(this meme does not intend to hurt any body)pic.twitter.com/3mApUIgzIi

Even Saba Qamar was in an online relationship 😆

Everything is temporary but کٹنا is permanent.
# Saba Qamar pic.twitter.com/u6bt9f1qiB

Our Actresses are the Top 2 Trends now the reason is one has Pranked her fake engagement & the Other has called off her Real engagement.#HaniaAamir #SabaQamar

Our Actresses are the Top 2 Trends now the reason is one has Pranked her fake engagement & the Other has called off her Real engagement.#HaniaAamir #SabaQamar

Read: ‘I, Azeem not getting married now’ Saba Qamar Admin - April 8, 2017
7
Pakistan’s premier entertainment channel HUM has announced the date and the most anticipated Viewers’ Choice categories nominations for the 5th HUM Awards 2017. The... 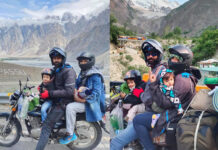 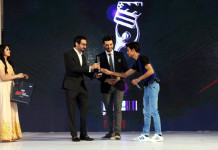