Mahira Khan joined the roar against the Institute of Business Administration (IBA) for expelling a student named Jibrail for highlighting alleged workplace harassment.

Taking to Twitter, Mahira reacted to a video that featured the whole matter. “Shameful. Sad,” she wrote.

Jibrail, from Lakki Marwat, was studying in the IBA on scholarship in BS Economics. The student raised his voice against an alleged harassment incident that took place in the department.

He took to Facebook and emailed concerned authorities to draw their attention towards a financial supervisor harassing his female employee. In reply, the university sent him a notice to delete a series of his Facebook posts and later on expelled him.

Social activist and Lawyer Jibran Nasir took up this matter on social media and it got hype within days.

Jibrael from Lakki marwat expelled from @ibakarachi for exposing a male staff harassing a female staff. His crime was to speak against injustice & women’s right. Disgusted & appalled by this action by #IBAKarachi pic.twitter.com/B1YSHMBIiW Mashal Asad - February 19, 2020
0
One would think time would have solved the Ali Zafar and Meesha Shafi debacle, but it only results in new plot twists. As of... ‘A life is a life’ Butt reacts to killings of transgenders... 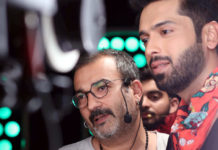