While interviewing Zhang Yufie, former Pakistani cricketer and now a commentator, Ramiz Raja asked him few questions that might be interesting for you.

Yufie told he was from Beijing, the capital city of China. He said he had arrived at Dubai to play cricket for Peshawar Zalmi.

What do you call cricket in Chinese ?? Any guesses… listen from the horses mouth.. pic.twitter.com/7kcNpS4TBO

The most fascinating part of the interview for local was when Yufie was asked what they called cricket in Chinese and the word he spoke had locals’ head spin. In fact, its pronunciation apparently seemed an expletive word for Pakistanis. In Chinese they call it Ban Qiu (ban choou), however, Chinese also call cricket as ‘cricket’ as well.

Even Ramiz Raja had to ask him again to clarify if the Chinese cricketer really pronounced what Ramiz had thought and you cannot say for sure if it would have cleared his confusion.

Cricket was introduced by the British Royal Navy (HMS Highflyer) to Chinese city Shanghai in 1858. It is played in China, but so far there’s no Chinese team at international level. Web Desk - February 6, 2021
0
A German Travel Vlogger, Christian Betzmann made headlines on Saturday after he officially announced to have accepted Islam. Taking to Instagram, the Vlogger shared that... 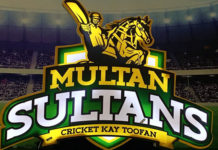