The former West Indian test opener Daran Ganga opened up about the viral video of him playing street cricket in Karachi and called it an amazing experience.

“The passion for the game of cricket here in Pakistan is still very alive and I have been able to experience it all first hand. What they call ‘Gali Cricket’, we all it street cricket back in West Indies,” he added.

The former Windies player also shared his experience of being part of PSL commentary team and hoped more international team will tour Pakistan after West Indies. “I am really happy to be part of the PSL commentary team which just concluded in Pakistan,” he told.

Talking about West Indies short tour to Pakistan, he wished more teams will be coming on full tour in coming years. “Our team is coming to play against Pakistan and I am really happy that international cricket is coming back to Pakistan. Everything is just coming together nicely for PCB and hopefully in years to come, it will have full tours right here in Pakistan,” he told.

The former West Indian opener also shared a few memories of him meeting Pakistani cricket great and exploring the old city of Lahore. “The most enjoyable time for me was meeting the former player from Pakistan, some of the players who I played against and some who I didn’t play against. Rashid Latif,  Wasim Akram, Waqar Younis, those were the players who I played against but it was real owner to meet Majid Khan Bhai and all the former players who we read about while we were growing up playing the game” he told.

“But sharing their stories and listening to what they have to say about cricket in their era and having the opportunity to see Pakistan in Karachi as well in Lahore. Had the chance of seeing Wazir Khan Mosque, which was really fantastic,” he added. 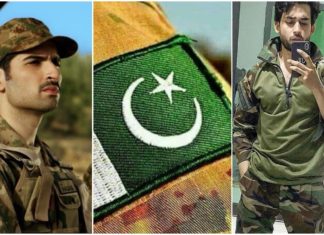 Mashal Asad - September 6, 2019
0
Defence Day is always celebrated with velour and passion in this country. While Pakistanis are always lauding the efforts of the Army, this specific...

‘No day is complete without Falak’s flower’ Sarah Khan

Yumna Zaidi continues to impress with her offbeat new look in... The Legend of Maula Jatt to donate first day revenue to...