Pakistan’s veteran cricketer Shoaib Malik is all set to try his luck in acting with two upcoming projects, reportedly a drama and Yasir Nawaz’s film ‘Chakkar’.

The star cricketer had already shared in a Tv show ‘Time Out With Ahsan Khan’ that he has recorded scenes for a drama serial that will soon be aired on television. Now, further details claimed that not only in just drama but Malik will also be seen acting in Nawaz’s upcoming film.

Meanwhile, it is worth mentioning here that Malik has been spending a lot of time on social media, engaging with fans and showbiz stars. He recently captained Team Multan in Jeeto Pakistan League (JPL) where other celebrities including Humayun Saeed, Adnan Siddiqui, Shaista Lodhi, Sana Javed, and Aijaz Aslam also featured. Web Desk - May 19, 2021
0
One of the top actors in Pakistan, Mahira Khan has reportedly received warnings from India's political party for working in their country. According to reports, Maharashtra... 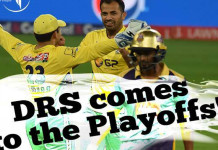