Earlier we had reported that Mah-e-Mir’s lead girl Iman Ali had been signed for a lead role against Humayun Saeed in Nadeem Baig’s directorial film Main Punjab Nahi Jaoungi. Now the latest reports have revealed that Ali had opted out from the offer and Actor in Law’s lead girl Mehwish Hayat has replaced her.

Saeed, Baig and Hayat debut collaboration Jawani Phir Nahi Ani worked amazingly well and it became the highest grossing Pakistani movie worldwide. This probably was the reason that Baig, Saeed and Mehwish Hayat did not hesitate to quickly collaborate for drama serial Dillagi. And now, they are up for another project on big screen.

The script of the movie is written by Khalilur Rahman and with Saeed and Hayat, MPNJ will also star JPNA’s Ahmed Ali Butt and Sohai Ali Abro and veteran actresses Samina Peerzada and Saba Hameed in prominent roles.

Sheraz Uppal and Shani Arshad will compose the music for MPNJ. 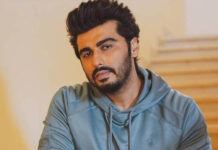 ‘Feels awesome to be the first Pakistani woman to play BBL,’...