Rahat Fateh Ali Khan has been making incredible waves internationally, and has performed for his fans all over the world. The singer is now being brought to Dubai at the newly opened state of the art, Coca-Cola Arena through PME in association with BookMyShow as the Official Ticketing Partner.

After entertaining his fans all over the globe and performing at the biggest arenas in US, Canada, UK, Australia, South Africa, Netherlands , Brussels and Singapore, this event marks Khan’s return to Dubai on Friday, 27th of December, for the finale of his World Tour 2019, called Me, Myself & I.

Khan himself expressed utmost love for his middle eastern fans while speaking to us. “We started this tour in Abu Dhabi on Feb 15 and the grand finale show will be in Dubai. I love my fans from UAE,” he said.

Salman Ahmed, Rahat’s Producer and Managing Director of PME, also added how his World Tour is unlike anything his fans would’ve seen from the legendary singer. “Me, Myself & I is a totally new concept, where you will see the maestro, in three different acts showcasing his magnanimous talent for more than 3 hours,” he said.

“For the first time the audience will be experiencing the all-new Fusion act where Khan Sahab will be performing some of his classics and Nusrat Sahab’s all-time favourite qawwalis in a totally new manner all along with some young and very talented musicians,” he added, delving deep into the details.

Furthermore, we got to know that the second act will be of his recent super hits from Bollywood such as Dekhte Dekhte, Tere Bin from the movie Simba, Nitte Khaer, Rashke Kamar, classics like Mein Jahaan Rahoun, Ore Piya and several other favourite songs. The third act is the spiritual Qawwalis and classics like Mein Jahan Rahoun and Ore Piya.

This show is brought to you by PME, who have delivered world-class concerts across the globe for over a decade. The exclusive ticketing partner is BookMyShow.

“Rahat Fateh Ali Khan is one of South Asia’s most re-known artists; with his unique blend of music which blends Qawalli and the modern, Rahat has captivated fans across the globe. We are proud and privileged to be working with PME, a music promoter which stands out for its excellence in live events world over,” said Sudhir Syal, CEO – Middle East, BookMyShow.

“It is our great pleasure to share this wonderful news with the world. Ustad Rahat Fateh Ali Khan’s tremendous devotion to Sufi and Qawwali music has been his life’s work and to be recognised with an honorary degree from Oxford University is a very special recognition to him personally but also to all those who have supported him and are helping to create a musical legacy,” Salman Ahmed further added. 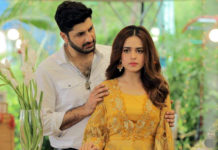