Imran Abbas came in defense of his fellow actor Meera who was reportedly admitted into a mental hospital in America the other day.

Taking to social media, Imran schooled people who were making fun of Meera and said she is doing completely fine.

“Meera called me this morning to clarify it to all of the media that she is perfectly fine and there is nothing wrong with her mental health,” the actor shared.

“Calling someone mentally unstable is not a joke. It can destroy someone’s whole life and career,” the actor lashes out.

Imran suggested people not put the fake status to show sympathy to Meera. “She doesn’t need your sympathies or prayers to be fine. Kindly don’t show this fake concern by putting status,” he added.

To bring it into your account, Meera’s mother Shafqat Rubab claimed last night that her daughter was declared mental by American doctors and forcefully admitted into a psychiatric facility.

She was quoted appealing to the Pakistani government and Prime Minister Imran Khan to arrange a safe return of her daughter. 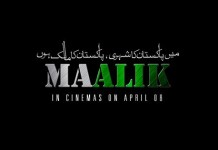