The most coveted and recognized annual Awards for excellence in entertainment and fashion, the glamorous Lux Style Awards are back, with the aim of recognizing talent from 2018’s Fashion, Film, Music and Television industries. Keeping this in consideration, the LSA office released nominations in 24 Fashion and Entertainment categories on March 30th, 2019.

The nominees for categories in Fashion, Film, Music, and Television are listed below. Nine of these will be open for Viewer’s Choice voting, which will be conducted on the luxstyle.pk website (Link below).

The nominee process was overseen by audit company PriceWaterhouseCooper. Anticipation continues to build up as the annual LUX Style Awards that aim to honor excellence are scheduled for July and can be viewed on national television.

Fashion and Entertainment Nominees for the 18th LUX Style Awards 2019 are as follows:

Model of the year (Female)

Model of the year (Male)

Read: Load Wedding Has Proved That It Is “Bari EID Ki Bari Film”

Ahsan Rahim for Teefa in Trouble

Read: “Much wiser to make smaller budget film than have in-film branding that is not subtle,” Asim Abbas

Ali Zafar for Teefa in Trouble

The Sketches for Meri Dunya in Cake

Raat by The Sketches

Singer of the Year

Bilal Ali of Kashmir for Khwaab

Saif Samejo of The Sketches for Raat

Anna Salman for Middle of Nowhere

Online voting will be live next weekend.

To cast your votes next weekend, visit:  www.luxstyle.pk/lsa2018/nominees/vote-now/ Web Desk - May 5, 2020
0
Pakistan's former cricketer Shoaib Akhtar wishes to see Bollywood actor Salman Khan playing the lead role in his Biopic if ever made. In an interview, Akhtar... 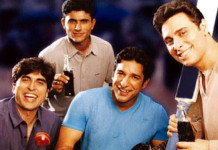